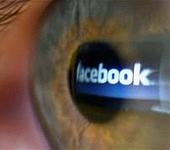 Facebook has granted us a new form of communication that has transformed life in so many ways unimagined just a short time ago. Facebook’s statistics are astounding. In just one single decade, Facebook has signed up some 1.3 billion members, half of whom log in on any given day and spend an average of 18 minutes every visit. Facebook instantly connects families across continents, friends across the years and people around the world. 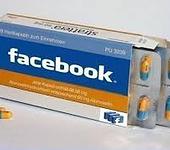 Nonetheless, Facebook’s effects on its users may not be entirely benign. Some researchers suggest that the ability to connect digitally, through the internet ethers does not necessarily make people any happier, and in fact inordinate Facebook time tends to reduce the satisfaction they feel about their life. Can it really be possible that Facebook makes you sad?

Until quite recently, few had studied this question and the little evidence that did exist actually hinted that the social network has a beneficial effect.

“Last summer, a team of psychologists from the University of Michigan in Ann Arbor and the University of Leuven in Belgium decided to drill a bit deeper by evaluating how life satisfaction changes over time with Facebook use. Ethan Kross and colleagues questioned a group of people five times a day over two weeks about their emotional state. They asked questions such as “how do you feel right now?”, “how lonely do you feel right now?”, “how much have you used Facebook since we last asked?” and so on. This gave them a snapshot of each individual’s well-being and Facebook usage throughout the day.

The team found that Facebook use correlated with a low sense of well-being. “The more people used Facebook over two-weeks, the more their life satisfaction levels declined over time,” they said. “Rather than enhancing well-being… these findings suggest that Facebook may undermine it.”