Get Out of Your Mind & Into Your Life!

Below find an except from my academic coursework
in psychotherapy research and practice. While this is
decidely technical — somer readers might apprciate it.

It is an ironic habit of human beings to run faster
when they have lost their way.

Psychological acceptance and experiential avoidance represent constructs that have been well developed within the theoretical framework of this system of psychotherapy (Hayes et al., 1994; Hayes & Wilson, 1994; Hayes & Strosahl, 2011). As theorized in ACT, the construct “psychological acceptance” is advanced as a functional, behaviorally productive, and life enhancing mental process — an elegant “coping skill” that is readily learned by clients undergoing Acceptance Commitment Therapy, and is especially helpful for the treatment of depression, social anxiety, panic disorder, anger management, post traumatic stress disorder and problems of emotional avoidance, addiction or substance abuse.

Being Willing to Accept | Acting Upon Your Valued Life.

An adaptive and clinically relevant coping mechanism, psychological acceptance can be learned through ACT-based psychotherapeutic interventions. This technique involves a person’s willingness to tolerate the presence of distressing thoughts and emotions, while engaging in functional goal-directed behavior, without getting caught up in dysfunctional struggles to avoid or suppress disturbing and unwanted internal experiences.

The increased visibility of acceptance-based treatment methods has largely been the consequence of conceptualizing various forms of psychopathology in terms of experiential avoidance (Hayes, Strosahl & Wilson, 2011). The goal of this method is to treat experiential avoidance by enhancing the client’s ability and willingness to accept and commitment to persevere — in patterns of goal directed behavior change.

A Nontraditional View of the Role of Emotions

The Acceptance and Commitment Therapy literature reveals that this orientation involves a nontraditional view of the nature and role of “private events” in psychopathology. This theory maintains a functional perspective regarding the nature of human behavioral responding and personal adaptation. Dougher (1994) explained: If thoughts and feelings are seen as behaviors, then it is easier to understand that they too are the products of a particular history. That is, they are just something one does; they have no special status. They are neither the causes of suffering nor obstacles to change. This is often a startling discovery for clients who have been led to believe that their thoughts and feelings are somehow reflections of true reality and that the simple occurrence of negative thoughts and feelings is indicative of mental disturbance. If, however, thoughts and feelings are understood as nothing more than the results of a particular history, then there is no need to fear them, react to them, struggle against them, control them or change them. They simply do not need to be modified in order to change behavior (p. 44).

Acceptance as a Therapeutic Resource

Mike Dougher (1994) highlighted acceptance as a functional and healthy psychological process, and noted an important point, “[it] is not simply some kind of applied nihilism which seeks to have clients simply tolerate suffering” (p. 44). In [this] theory a critical distinction is made between the occurrence of private events like thoughts or feelings, and an individual’s reaction to those thoughts or feelings. That is, “It is one thing to feel anxious, and quite another to react in a dysfunctional manner to that anxiety” (p. 44). Correspondingly, it is one thing to think “I’m bitter,” or “I feel enraged,” and a different thing to behave maladaptively or with blind reactance to such thoughts. This is an important distinction, because from the perspective of this modality, it is one’s struggle with unwanted thoughts and feelings, not the thoughts and feelings themselves that enhances and maintains behavioral dysfunction. More specifically, it is the nonacceptance (i.e., experiential avoidance) of thoughts and feelings, and the struggle to control or rid oneself of them that is frequently the source of inordinate distress, exacerbated suffering, and dysfunctional coping strategies. It is possible, and this a primary outcome of this method of treatment, to have the thoughts and feelings attendant that result from living in the world, understand them for what they are, and get on [behaviorally] with the pursuit of the experiences which gives one’s life meaning and richness (Dougher, 1994, p. 44).

The Nature of Psychological Acceptance

To illustrate the nature of psychological acceptance, imagine an individual who is willing to experience a full range of emotions, thoughts, memories, bodily states, and behavioral dispositions, including those that are negatively evaluated, without necessarily having to change, escape, avoid, or struggle to diminish the presence of such experiences. Such a person might respond to distressing, negative private events while refraining from any tendency to control, avoid, or get rid of such disturbing experiences. This person would be viewed as manifesting a high level of the functional mental process described here as acceptance. This individual’s attention and concern could remain focused upon valued and functional consequences of present actions and patterns of responding. Goal directed behavior is then embraced in the interest of living a vital and personally enriching life and increasing problem-solving strategies. In spite of an awareness of the presence of negative evaluations and unwanted cognitive content, this person would, in short, maintain the capacity to do what works, would be able to think and feel at the same time without dissociating, particularly in the long term, rather than getting caught up in distracting struggles with feeling good or not feeling bad. Dougher (1994) explained: Psychological acceptance involves not attempting to avoid, escape control, change or break contact with any element of the relevant contingencies operating at a particular time. Thus, occasioning events, the actions and reactions they engender, and the consequences that result [private or otherwise] are allowed to occur and no attempt is made to avoid, control or change them (p. 38).

Psychologist C. McCurry (1994) noted that [this] theory “defines acceptance as willingness to have certain experiences in the service of certain goals” (p. 143). The thrust of many nonacceptance interventions reflects this functional perspective, and a robust commitment to behavior change is emphasized as representing a life enhancing psychological resource. [To embrace this] view, one must become “willing to have,” or make contact with, a broad range of negatively evaluated, unwanted, inconvenient, and otherwise unsavory private experiences while simultaneously and deliberately acting upon valued behavioral outcomes. This capacity represents the functional clinical resource described here as psychological acceptance. In essence, this psychological resource lies in creating conditions whereby clients come to accept, and even actively experience, aversive private events, in the service of functional actions aimed toward personally meaningful, clinically relevant, and value directed goals.

ACT methods are especially useful for treatment of depression, panic attack, social anxiety, substance abuse and anger management. An ACT idiom states, “If you are not willing to have it — you have got it — bad.” The capacity for acceptance might be viewed as a behavioral barometer, a predictor, of individual functioning and psychological health.

Acceptance Commitment Therapy is a cognitive behavioral therapy that is evidence based and helps patients who suffer from social anxiety, panic attack, depression and anger management. 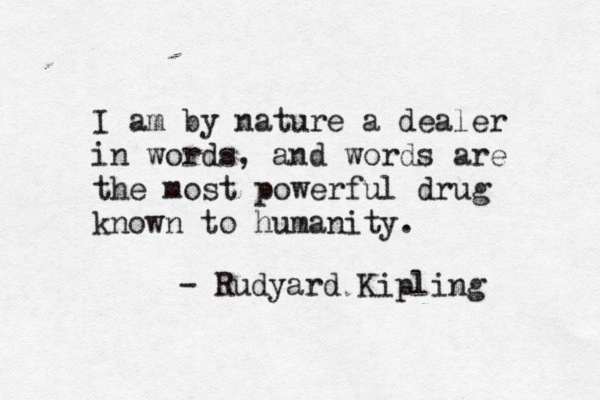