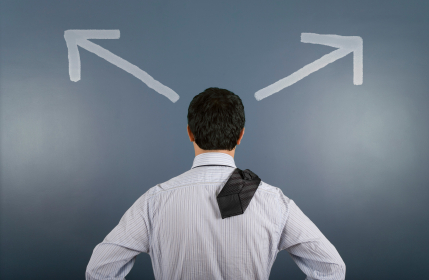 The below article is decidedly written for an audience of academic psychologists and mental health professionals; I have included it because this summary proves central to the theoretical and methodological foundations of my practice of psychotherapy. Some of my clients are interested enough to explore the Behavior Analytic Tradition in experimental and applied clinical psychology. The links furnished below will provide some clear direction for the curious reader.

As a context for understanding the article below, here is a very basic discussion from Wikipedia of interrelated therapies in this field.

“Acceptance and Commitment Therapy is developed within a pragmatic philosophy called functional contextualism. ACT is based on Relational Frame Theory (RFT), a comprehensive theory of language and cognition that is an offshoot of behavior analysis. ACT differs from traditional cognitive behavioral therapy (CBT) in that rather than trying to teach people to better control their thoughts, feelings, sensations, memories and other private events, ACT teaches them to “just notice,” accept, and embrace their private events, especially previously unwanted ones. ACT helps the individual get in contact with a transcendent sense of self known as “self-as-context”—the you that is always there observing and experiencing and yet distinct from one’s thoughts, feelings, sensations, and memories. Acceptance and Commitment Therapy aims to help the individual clarify their personal values and to take action on them, bringing more vitality and meaning to their life in the process, increasing their psychological flexibility.

“While Western psychology has typically operated under the “healthy normality” assumption which states that by their nature, humans are psychologically healthy, Acceptance and Commitment Therapy assumes, rather, that psychological processes of a normal human mind are often destructive. The core conception of Acceptance and Commitment Therapy is that psychological suffering is usually caused by experiential avoidance, cognitive entanglement, and resulting psychological rigidity that leads to a failure to take needed behavioral steps in accord with core values. As a simple way to summarize the model, ACT views the core of many problems to be due to the concepts represented in the acronym, FEAR:

And the healthy alternative is to ACT:

In essence this site (The ACBS) is part of an effort to create a new form of what has traditionally been called behavior analysis. We could just use that label, but unfortunately it is so widely misunderstood that ears simply close. The word “behavioral” can be a huge barrier. Furthermore, it is dangerous to use that label because behavioral psychology contains conflicting elements. It is possible and even easy to find well-known analysts in this field who believe and say things that are fundamentally at odds with functional contextual psychology or any of the other behavioral sciences.

Furthermore, behavior analysis itself begins to take on a very different appearance when you add in a comprehensive functional contextual account of language and cognition. Relational Frame Theory research is showing that almost every behavioral principle we know can be transformed by relational operants. As the work deepens, it is becoming more and more obvious that the new behavior analysis that emerges in the wake of RFT is at times almost unrecognizable, not because that was the purpose but because that is how profound the implications are to that tradition of an adequate account of language and cognition.

Nevertheless, it seems important to note that much of the work in the tradition represented by this site has been done within behavior analysis. The first Relational Frame Theory and Acceptance and Commitment Therapy talks ever given were given at the Association for Behavior Analysis (“ABA”) and its program is filled with ACT and RFT work. We invite people who would never think of themselves as “behaviorists,” and yet for whom the world of ACT and RFT resonates, to come to an ABA conference or a conference of similar societies world wide (but bring a knowledgeable guide with you!). You will be very comfortable with the contextualistic work presented at such meetings. We admit, however, you will find other things there in some corners (e.g., reductionistic and mechanistic thinking; attacks on the importance of cognition or emotion; jingoistic talk).

That is one reason we do not simply present the Acceptance Commitment Therapy / Relational Frame Theory work as behavior analytic, and why we have created an association to further this work. The wheel is still in spin and it is not yet clear if behavior analysis writ large will fully embrace what it has produced. And there is no reason to have to be responsible for everything that goes on under that label, and to accept the barriers and misconceptions that come along with it. For example, why accept the almost universal belief that behavior analysts don’t care about cognition, when RFT is one of the most viable and productive empirical approaches to cognition in modern psychology?

Nevertheless, teaching in behavioral concepts has gotten so weak that even very bright and open psychologists can go through their training without grasping the meaning of behavioral principles viewed contextually. You do need to know these principles to understand ACT and RFT. In this section of the site we will help begin that process for those with limited contextual behavioral training. Check out the Basic Foundations Forum for ongoing discussion.

Especially if you are a public visitor to the site you will find a lot about this topic at the Cambridge Center for Behavioral Studies, which is the oldest, best established, and best known publicly focused foundation in behavioral psychology. You can access a lot of materials about behavior analysis and cognitive behavioral therapy at their website http://www.behavior.org.