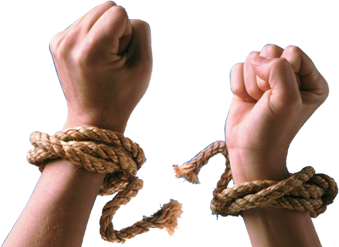 I offer vital alternatives and additions to the traditional mundane "rehab" atmosphere.

I've writthen the varuous pages of thie website in the hope that you will find intrigure and return again to explore, and make sense, of the brilliant and flexible offerings of contemporary clinical psychology.

Orthomolecular :: is a term that comes from "ortho" which is Greek for straight, correct or right, and "molecule," which is the simplest structure that displays the characteristics of a compound. So it literally means the "right molecule."

coined this term in his 1968 article “Orthomolecular Psychiatry” which appeared in the academic journal Science. Orthomolecular medicine describes the practice of preventing and treating disease by providing the patient with optimal amounts of substances which are natural to the body. As Pauling defined it, this type of psychiatry involves “the preservation of good mental health and the treatment of disease by variation of the concentrations in the human body of substances normally present in the body.”

Mind, Mood and Food: Optimal Nutrition for the Brain

So ultimately we’re talking about nutritional chemistry that supports mental health. Psychotherapists can encourage psychotherapy clients to adopt dietary lifestyles that protect and sustain their psychological health. The informed psychotherapist might prescribe consultation with naturopathic physicians, orthomolecular psychiatrists, dietitians, or clinical nutritionists. Such practitioners can advise our psychotherapy clients as to safe and effective detoxification practices and can test for specific and multiple allergen sensitivity.

Psychotherapy clients can find significant psychological health benefits by learning holistic behavioral health practices and balanced nutritional lifestyles. Psychiatrists can prescribe vitamins, minerals, and/or amino acid supplements, or specify detox protocols and holistic diets to treat many so-called “mental disorders.” While I do not directly prescribe medications, supplements, or similar dietary remedies, I provide referrals to licensed practitioners who have such expertise. 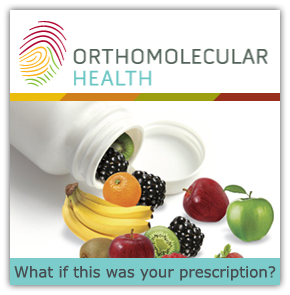 Along with providing optimal molecular concentrations of nutrients, orthomolecular physicians are concerned with detoxification and clinical practices that remove toxic molecules from their patients. Toxic molecules include heavy metal pollutants such as lead, mercury, aluminum, arsenic, cadmium, and the like.

This approach to psychotherapy is also vigilant in attempting to identify the psychological impact of chemicals or environmental toxins to which a person may be hypersensitive or allergic. One such example is found in Coeliac Syndrome; persons with this defect don’t have the enzyme necessary to metabolize gluten. For such individuals, eating any food that contains even small amounts of gluten (found in wheat, rye, and barley and possibly in oats) inflames or destroys their intestinal villi causing malabsorption of vital nutrients that are required for the acquisition of neurotransmitters like dopamine and serotonin. Neurotransmitter imbalances and deficits may masquerade as many forms of apparent mental illness — especially relevant to problems that involve psychotherapy clients who are suffering from depression and anxiety.

Psychiatrist Michael Lesser, MD. explains: “We are used to thinking if someone has something wrong with their mind, it’s an entirely mental pathology. . . for much “mental” illness this is not true. The brain is part of the body, and this physical organ requires proper molecular chemistry in order to work right. Since the brain houses our thoughts and emotions, and is the coordinator for our senses, a chemically imbalanced or toxic brain will express itself by disordered thoughts (delusions) and emotional upsets (anxiety, anger, depression), as well as disturbances in sensory perception (hallucinations).”

The importance of diet in relationship to optimal health has been emphasized throughout recorded history. Hippocrates regarded food as a primary form of medicine more than 2,500 years ago. Records from ancient Egypt as far back as 5000 BC show the use of specific foods to treat various medical and psychological conditions.

On the Environment of the Mind

“The methods principally used now for treating patients with mental disease are psychotherapy (psychoanalysis and related efforts to provide insight and to decrease environmental stress), chemotherapy (mainly with the use of powerful synthetic drugs, such as chlorpromazine, or powerful natural products from plants, such as reserpine), and convulsive shock therapy (electroconvulsive therapy, insulin coma therapy, pentylenetetrazol shock therapy). I have reached the conclusion that another general method of treatment, which may be called orthomolecular therapy, may be found to be of great value, and may turn out to be the best method of treatment for many patients.” – Linus Pauling, Science, April 19, 1968, p. 265

Orthomolecular medicine aims to restore the optimum environment of the body by correcting imbalances or deficiencies based on individual biochemistry, using substances natural to the body such as vitamins, minerals, amino acids, trace elements and fatty acids. The key idea in this type of medicine is that genetic factors affect not only the physical characteristics of individuals, but also their biochemical milieu.

Biochemical pathways of the body have significant genetic variability and diseases such as atherosclerosis, cancer, schizophrenia or depression are associated with specific biochemical abnormalities which are causal or contributing factors of the illness.

Protect and Enhance Your Mental Health with Natural Nutritional Remedies
:: A Simple & Brief Description About the Practice of Orthomolecular Psychiatry

"Orthomolecular treatment does not lend itself to rapid drug-like control of symptoms, but patients get well to a degree not seen by tranquilizer therapists who believe orthomolecular therapists are prone to exaggeration. Those who've seen the results are astonished." (Abram Hoffer, M.D., Ph.D.)

The Body’s Other Mind ::
A “Gut Check” for Many Ailments – Including Sustaining Your Psychological Health

Hormones and neurotransmitters generated in the gut interact with organs such as the lungs and heart.

A growing body of research shows the gut affects bodily functions far beyond digestion. Studies have shown intriguing links from the gut’s health to bone formation, learning and memory, and even conditions including Parkinson’s disease. Recent research found disruptions to the stomach or intestinal bacteria can prompt depression and anxiety—at least in lab rats. Better understanding the communication between the gut and the brain could help reveal the causes of and treatments for a range of ailments, and provide diagnostic clues for doctors.