An Effective Approach to Living Your Vital Life Values! 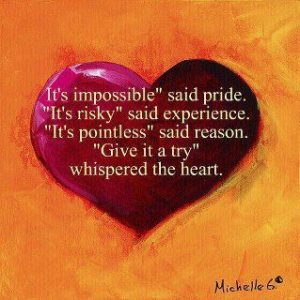 The International Network on Personal Meaning
The INPM is dedicated to advancing health, spirituality, peace, and human personal fulfillment through research, education, and applied psychology, with a focus on the universal human quest for meaning and purpose. The INPM does this through an extensive offering of articles addressing meaningful living, and by providing a source for research on meaning and existentialism. It also offers information on meaning-centered counseling and therapy for students and practitioners.

A Brief Manual for Meaning Centered Counseling
Explore the INPM site to find an assortment of resources from various authors, many dealing specifically with living “the vital life.” You may review information on grief, drug abuse, suffering, love, teenage issues, and many other subjects. If your search involves a personal quest for fulfillment, you should certainly investigate these inspiring resources. See articles on Adventure Based Counseling, and Abstinence Approaches to Addiction Treatment and some shortcomings of the construct of “addiction.”

Acceptance and Commitment Therapy:
An Exposition on an Existential Approach to Living Your Vital Life Values.
This article attempts to show, through a case study, the possibilities of Acceptance and Commitment Therapy (ACT) when applied from existentialist thought. The authors describe the symptoms referred to by a patient diagnosed as suffering from “negative schizophrenia” and then analyze these symptoms in existential terms, with special emphasis on the notion of “personal identity.” The researchers defend the appropriateness of acceptance in problems of an existential nature, and at the same time illustrate the importance of situating people’s difficulties in the context of a vital psychological framework known as “ACT.”

Existentialism is the philosophical and cultural movement which holds that the starting point of philosophical thinking must be the experiences of the individual. Moral and scientific thinking together do not suffice to understand human existence, so a further set of categories, governed by "authenticity", is necessary to understand human existence.("Authenticity", in the context of existentialism, is being true to one's own personality, spirit, or character.)

A central proposition of existentialism is that existence precedes essence, which means that the most important consideration for the individual is the fact that he or she is an individual—an independently acting and responsible conscious being ("existence")—rather than what labels, roles, stereotypes, definitions, or other preconceived categories the individual fits ("essence"). The actual life of the individual is what constitutes what could be called his or her "true essence" instead of there being an arbitrarily attributed essence used by others to define him or her. Thus, human beings, through their own consciousness, create their own values and determine a meaning to their life.

Addiction as a Substitute for Meaningful Living::
Geoff Thompson of the Sunshine Coast Health Center, and author of A Long Night’s Journey Into Day, emphasizes the need for adjunct therapy and Meaning Centered Counseling in helping people outgrow the ravages of drug and alcohol abuse.

“Intensity (the pleasures and chaos of substance abuse) thus allows addicts to distract themselves from facing the reality of their existence. But this is a dangerous game.” Psychologist Rollo May (1953) observed that much of modern humanity was trapped in a meaningless existence: “…the chief problem of people in the middle decade of the twentieth century is emptiness” (p. 13-14). He went on to caution:

The human being cannot live in a condition of emptiness for very long: if he is not growing toward something, he does not merely stagnate; the pent-up potentialities turn into morbidity and despair, and eventually into destructive activities. (p. 22)

May would likely have included substance abuse as one these “destructive activities.” Viktor Frankl (1977) was even more direct. He described addiction as one negative alternative people chose because they do not have the resources to find fulfillment in their lives. “[A]lcoholism…[is] not understandable unless we recognize the existential vacuum underlying [it]” (p. 169-170). Psychologist Jefferson Singer (1997) similarly concluded that addiction is a problem of finding purpose and fulfillment. Those suffering from “chronic addiction either had never found sufficient meaning in a sober life or through years of addiction had squandered any meaning they had once possessed.” (p. 17).”

Viktor Frankl: Prophet of Hope and Herald of Positive Psychology
The less traveled road to tragic optimism – a personal odyssey.