Panic Attacks :: Are You Suffering With Panic Disorder

Panic attacks are routinely experienced as sudden, discrete periods of intense anxiety, fear and psychological discomfort that are associated with a variety of somatic sensations and distorted (over-magnified) cognitive attributions. The onset of these “terror” episodes is typically abrupt, and may have no obvious environmental trigger.

Although these episodes may appear random, these are routinely associated with unnoticed environmental, cognitive (self talk)l or socio-relational cues. The response to terror can be viewed as an outgrowth of an adaptive evolutionary response commonly referred to as fight or flight that occurs out of context, flooding the body with hormones (particularly adrenalin) that aid in preparing for and defending oneself from harm.

According to the American Psychological Association the symptoms of a panic attack commonly last approximately ten minutes. However, panic attacks can be as short as 1-5 minutes, while more severe panic attacks may form a cyclic series of episodes, lasting for an extended period, sometimes hours. Often those afflicted by panic will experience significant anticipatory anxiety (generalized anxiety) in between panic attacks and in situations where attacks have previously occurred.

Do Your Moods Seem to be Managing You? 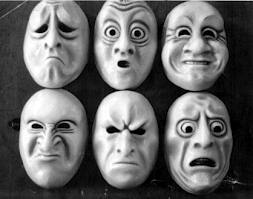 From Panic Attack to Anger Management:
Cognitive Therapy Help You Live the Live You Value Most

Panic Attacks also affect people differently. Experienced sufferers may be able to completely ‘ride out’ or become willing to tolerate an episode with little to no obvious debilitating behavioral or life-defeating symptoms. However, first-time sufferers are frequently inclined to call for emergency services. Many who experience these sensations for the first time may come to fear they are having a heart attack or some kind of catastrophic medical event. (Wilson 1996). Counseling and cognitive behavioral therapy can help you understand, reinterpret, and resolve problems with anxiety and prevent disabling outcomes associated with these episodes. To explore counseling, call 206-547-HELP.

Many sufferers will emphasize that these episodes are the most frightening experiences of their lives. They report a fear or sense of dying, “going crazy”, or conclude that they are experiencing a heart attack because they are feeling faint, nauseous, or sense that they are losing control of themselves. These feelings may provoke a strong urge to escape or flee from the place where the symptoms began (a consequence of the sympathetic “fight or flight” response).

The experience of clinically relevant panic attack is a response associated with the sympathetic nervous system. The most common symptoms will frequently include: stress, trembling, dyspnea (shortness of breath), heart palpitations, chest pain “tightness”, sweating, nausea, dizziness (or vertigo), light-headedness, hyperventilation, paresthesias (tingling sensations), sensations of choking or smothering or derealization, or the sense that one is loosing contact with “reality” and “loosing control”. In panic attack sufferers, these physical sensations are frequently interpreted (cognitively) as potentially catastrophic – over-magnified as life-threatening signal cues of medical danger.

Such cognitive attributions and distortions seem to result in an over-magnified fear of the bodily experiences associated with otherwise “natural” anxiety, and forms a debilitating “positive feedback loop” – resulting in the perceived sense of entirely loosing control. Despite the multitude of distressing symptoms and the sufferer’s fears, the experience typically presents no real medical danger. People who suffer these physical and mental sensations frequently seek medical care in emergency room settings, only to be sent home to fear yet another episode. Often shortness of breath and chest pain are the predominant symptoms that sufferer incorrectly appraise as as a petrifying sign or symptom of a heart attack.

The clinical diagnosis of panic attack is distinguished from other forms of anxiety by the intensity of this experience and its sudden, episodic and recurrent nature. Panic attacks are often experienced in conjunction with generalized anxiety disorder and similar psychological conditions, although panic attacks are not always indicative of a mental disorder, nor are they uncommon. Up to 10 percent of otherwise healthy people experience an isolated panic attack about once per year, and 1 in 60 people in the U.S. will suffer from the symptoms of panic disorder at some point in their lifetime. (Anxiety Disorders Association of America)

Etiology of Anxiety :: Triggers and “Causes”

The Physiology of Anxiety Disorders

While sufferers may erroneously conclude that the body’s health is failing, the body is reflexively preparing the person for defense (fight or flight) from irrationally perceived potential harm. The various symptoms can be understood as follows. First, there is frequently (but not always) the sudden onset of intense fear with little provoking stimulus. This leads to a release of adrenaline (epinephrine) which brings about the so-called fight-or-flight response wherein the person’s body reflexively prepares for strenuous physical activity.

Medical Terms: This leads to an increased heart rate (tachycardia), rapid breathing (hyperventilation) which may be perceived as shortness of breath (dyspnea), and sweating (which increases grip and aids heat loss). Because strenuous activity rarely ensues, the hyperventilation leads to a drop in carbon dioxide levels in the lungs and then in the blood. This leads to shifts in blood pH (respiratory alkalosis), which in turn can lead to a host of other symptoms, such as tingling or numbness, dizziness, burning and lightheadedness. Moreover, the release of adrenaline during a panic attack causes vasoconstriction resulting in slightly less blood flow to the head which causes dizziness and lightheadedness. (Note: The above summaries were adapted from Wikipedia)